How to Get Rid of Purgeable Storage on Mac

In a Mac running on macOS Sierra, High Sierra, Mojave, you'll find a part of the Mac storage space is calculated as purgeable storage. What does purgeable mean on Mac hard drive? And more importantly, with purgeable files taking up a substantial amount of storage space on Mac, you might not be able to download a large file, install macOS update or a certain app. So how to remove purgeable space on Mac?

You May Like:
How to Free up Storage on Mac (8 Easy Ways)
What are Other Volumes in Container on Mac & How to Delete Them?

What Is Purgeable Space on Mac?

Purgeable storage space appears when Optimize Mac Storage feature is turned on in About this Mac > Storage.

Unlike Applications, iOS Files and other kinds of storage which allows us to view what files are taking up that storage space, Purgeable storage doesn't list out all the purgeable files on the Mac. So there is no way to find out what exactly Purgeable storage contains.

It’s noted that purgeable space is not empty space. In fact, the purgeable files are actually taking up space on your disk. How Purgeable storage works is that when you need to download, for example, a file of 12GB, the macOS system is designed to remove some of the purgeable space to make room for the 12GB that you are going to download.

However, purgeable storage doesn't always work as expected. Sometimes, you find that you can't download a file of 12GB because your Mac says that your disk is almost full and there is "not" enough disk space, while you can see there is 56GB purgeable space in Storage.

The Necessity to Clear Purgeable Space on Mac

However, if you are really troubled by a large amount of storage space that is taken by purgeable data, here are four methods you can try to reduce and clear Purgeable space on Mac.

Basically, the way to remove purgeable space on Mac is to delete files that may be counted as purgeable. For the reason that the “purgeable” files can be scattered in different places on your Mac, we first recommend that you use a third-party program to do the job and delete the files efficiently.

Macube Cleaner is one of the top Mac cleaning tools that can free up space on your Mac disk by quickly and smartly scanning and deleting the useless files, including system cache files, logs, duplicate files, large or old files, mail caches/attachments, etc. It can also help you completely uninstall the applications with the app files. Most importantly, it makes it simple to remove purgeable files on your Mac.

Step 1 Download and install Macube Cleaner on your Mac. 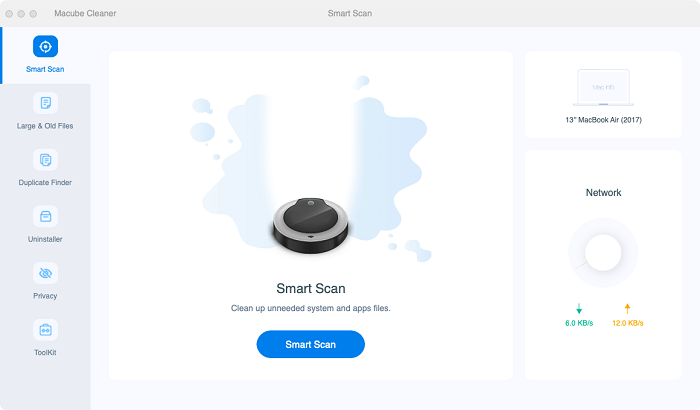 Step 3 You can choose to delete the items that are clogging up your memory space. For example: 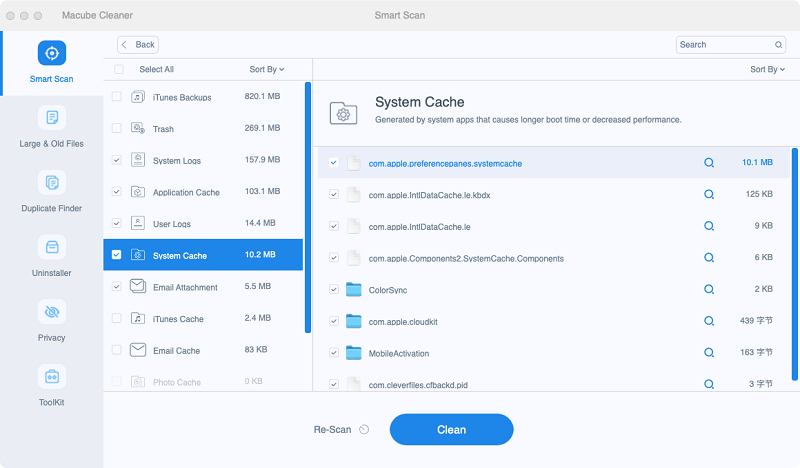 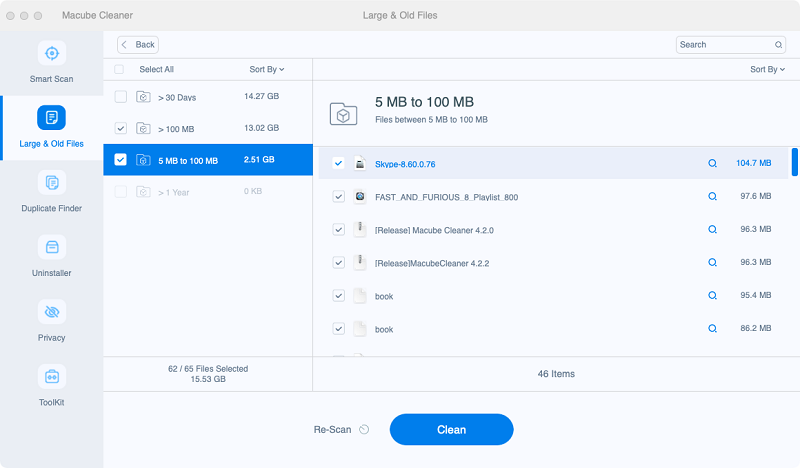 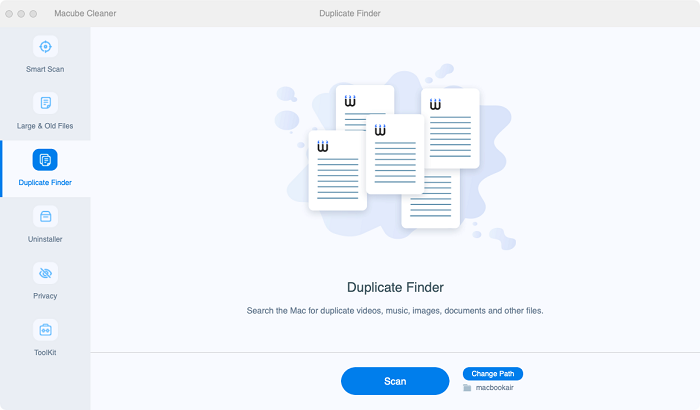 Just follow the scanned result of Macube Cleaner to clean out all the files that you don't need. After that, go to About this Mac > Storage, you'll be happy to find that you have reclaimed lots of Purgeable space with Macube Cleaner.

Reboot Your Computer to Get Rid of Purgeable Space

If you prefer to do the purgeable space deletion manually, an easy way to free up storage space that people usually forget is to restart your computer.

You may rarely do this, but it can actually reclaim some purgeable disk space that is occupied by system caches or application caches. If you have not rebooted your Mac for a long time, the amount of the purgeable memory can be large.

Just click the Apple logo on your top menu bar and tap Restart, you may be happy to see more space available on your Mac. 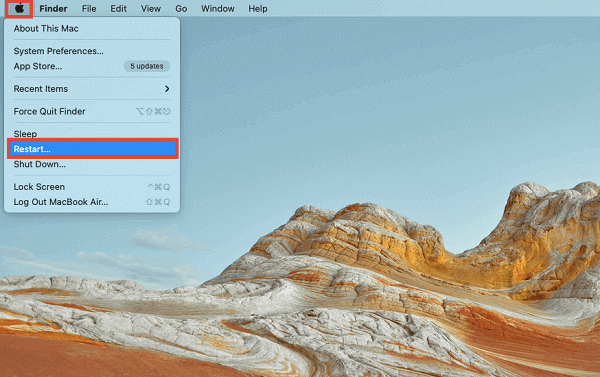 Though Apple doesn’t show you what purgeable space is, it also provides options for you to optimize your Mac storage space. For masOS Sierra and later, click the Apple logo at the top menu > About This Mac > Storage > Manage, you will see 4 recommendations for you to manage the storage space on Mac. 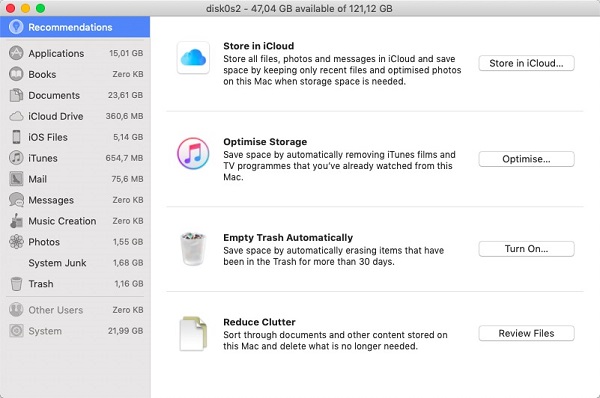 If you haven’t tried this way, you can easily tap the button behind each option to free up some of the purgeable space and get more space available.

Since purgeable space won't be removed until macOS thinks that it needs to make free space for new apps or files, some users developed the idea to create enough large files to reclaim the space taken up by purgeable files.

This way requires the use of Terminal. Since using Terminal needs that you have some relative knowledge, it’s not recommended for all of you. 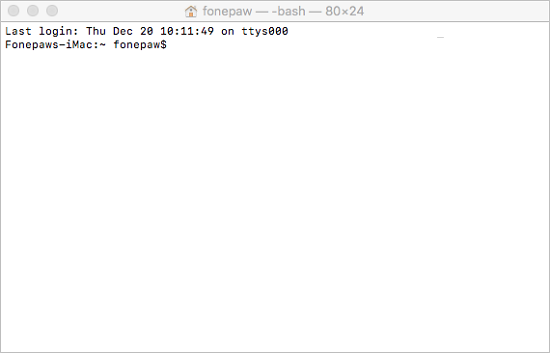 Step 2 In the Terminal window, enter the line: mkdir ~/largefiles and hit Enter. This creates a new folder called "largefiles" on your disk.

Step 3 Then perform the line: dd if=/dev/random of=~/largefiles/largefile bs=15m, which will create a new file called "largefile"of 15MB in the largefiles folder. This could take a while. After about 5 minutes, hit Control + C in the terminal window to end the command.

Step 5 Continue to make enough copies of the large files by running the cp command. Note that you should change the name of to largefile3, largefile4, etc. to make different copies.

Step 6 Keep running the cp command until it returns with a message indicating that the disk is critically low from Mac.

Step 7 Run the command execute rm -rf ~/largefiles/. This will delete all of the largefiles you have created. Empty the files from Trash as well.

Now go back to About this Mac > Storage. You should notice that Purgeable storage is removed or reduced.

Above are the 4 ways that you can clear purgeable space on Mac. Rebooting your Mac or using Mac recommendations are reliable and easy but may not go deep enough. The Terminal method is a little complicated if you know nothing about command lines. If your free space on Mac is not enough after trying first two ways, you can choose to get rid of purgeable storage with Macube Cleaner, which is also simple and more effective.

Q1: Is it safe to get rid of purgeable space?

Yes. As we mentioned in the front parts, purgeable space is what is taken up space on your disk currently but is marked as what can be removed when you need to download a large file on your Mac. Usually, whether it can be removed is decided by the Mac itself, so things can happen that you want to get a large file, but the space is not freed up for you automatically.

Removing purgeable space by yourself will not harm your Mac. Although Apple does not explain what the space is, we can find out that most of them are the files stored in your iCloud, system caches, temp files, etc.

But if you are afraid that some of the important files will be lost after you delete them, we always recommend you back up the important ones with an external drive.

Q2: How often should I clear purgeable space?

Because the situation differs for different Macs, we will not suggest a time period here. But we advised that you check your Mac storage regularly, for example, every month, to see if your purgeable space (or other space) is taken up too much space on your disk. If so, you can clear it once manually or use a third-party tool like Macube Cleaner.

Q3: I’m running macOS X El Capitan. How do I get rid of purgeable space?

If you are running macOS X El Capitan or earlier versions, you cannot see “purgeable space” on your storage because Apple introduces this concept after the launch of macOS Sierra. So, in the first place, you can consider updating your macOS, and you will be able to check. Otherwise, you will need to locate the purgeable files and delete them manually, which is also available, but a bit time consuming. By the way, you can also use third-party Mac cleaners like Macube to shorten the time of deleting useless files.